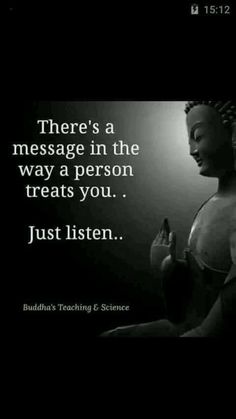 Is a straight man who gets married less real then a single straight man? Or is a gay man who stands up before his friends family and the law and god if he wishes- there are plenty of ordained priests who will perform the ceremony and promises to commit to his partner for the rest of his life now even more unreal than he was they day before?

Someone can be this ignorant. Your reason for bigotry, oppression and the violation of civil liberties is that they don't live up to your standard of masculinity? That's disgusting.

Why do non-gays feel uncomfortable around gays and, "enlightened" as you think you are, most do feel that way. Why the hostility toward gays who seem to be just like the rest of except for. Here is an hypothesis -- nothing more. It does not originate in the Bible and it is pure guesswork on my part.


Strictly a subject for possible discussion. Gays are a tiny part of the population.

Excuses are Useless and Truthless

Evolution won't allow it. Large mammals have lenghthy gestations, rarely have multiple births and require enormous parental energy. Humans have further problems in that their young are born, from an at least a year too soon and had, prior to modern medicine, high morbidity.

Small mammals, e. Reproductive success is the key to evolution -- in fact, it largely IS evolution.


Given the enormous energy that must be lavished on infrequently-born relative to other species infants with high morbidity, no such species could possible survive more than a few generations if ten percent or more of its reproductive energy was sterile i. Such a reproductive strategy is a short road to extinction. Why, then, homophobia? Perhaps that, too, is evolutionary. In the early history of the species, when its very existence was in doubt, it would be a detriment to reproductive success to have a large population that claims resources and energy but does not return that energy to the group in the form of off-spring.

Natural selection might, thus, reward behavior that separates most of the species from those who do not contribute to its reproductive success.

No titles in this category match your filter criteria

It is not assertion or anything like. Evolutionary antropology, as it emerges, might throw light on such a possibility. It is like being born with perfect pitch or, in my case, slightly color-blind. But, homophobia may also be an inherited characteristic, albeit one we can look beyond. I don't really think they're voting against their own interests. With as screwed up as the tax code is, they undoubtedly have the same benefit of wealthy conservatives: great accountants who can find loopholes and other methods of limiting their tax burden. While I recognize that is exceptionally cynical, I think the whole concept of "progressivism," as it pertains to anything fiscal or economic, is a bunch of crap.

An interesting idea, but I'm not sure about your assertion that homosexual people 'return no value', reproductively, to the social group is entirely correct. Gay people could still hunt, gather, farm, tend to the sick, old, or young and so on.


Reducing the burden on others - whilst not adding to the collective burden with their own offspring - might, at a certain percentage, be a boon to a group. I suppose this feeds into the genes-vs-memes argument about how, exactly, genetically heritable characteristics are selected and valued by the process of evolution. You might also be seeing this from a particular cultural perspective.

Whilst I won't deny that the dominant Christian, Hindu and Muslim-influenced societies of the present day to select but three are 'uncomfortable', to say the least, with homosexuality to a greater or lesser degree, not all societies in all places at all times have been. An cultural historian friend of mine has suggested to me that certain Native American societies didn't view homosexuality negatively, for example.

As ignorant and disgusting as you might think me to be, most of the people around me and most of the people I work with feel exactly the same way that I do. And guess what? The Constitution gives people like us working America the civil liberty to vote in accordance with our biggoted ideas but it does not give gays the right to get married. I would argue the constitution does give gays the right to get married. I think that it's obvious the fight against is largely along religious lines, and religions don't get to use the government to control behavior or determine the meaning of words.

Not to mention free speech. Not to mention the 14th amendment. It's a flagrant violation of the constitution in so many ways it's funny. There's no way were going to look back and be proud of ourselves as a people when this is over. Freedom of speech gives you the right argue, but it does not give you the right to get married. If the constitution really did allow gays to get married, we wouldn't be having this discussion right now.

For me and most people around me, we're Christian like most of the USA , but that's not why we oppose gay marriage. We just don't like gays. No politician is going to go on TV and say something like that outright, but it is the truth. Less than one in three Americans is a serious hardcore evangelical Christian; but yet opinion polls and votes show that the majority of Americans oppose gay marriage. That is because we don't like gays, we are tired of seeing them on TV, and we don't want our children to grow up thinking it is okay to act that way. And another thing, that's filled with crap.

Even if people like me end up on the wrong side of this that would still be crap. Just think about 50 years ago when all of the racists in the South were fighting against giving blacks their genunine civil rights. Do you think that they feel ashamed of themselves or do you think they just keep on being racist? Frankly, I have no idea what racism is like in the South, but the West Coast had plenty of it 50 years ago. Good luck finding someone to admit it was them.

People changes opinions all the time. Also, the Constitution protects that which we decide it protects. Women never go the ERA, we just decided the 14th amendment applied to women Also, of course you just don't like gays. You think we missed that? You think we are not aware of how many Dueteronomical and Levitical laws you ignore while pretending the ones about homosexuality is precious? Bigots have always been a big problem. All you can do is ignore them and teach people to wake the up.

Finally, you're kids are gay or they're not. Have you ever met a gay person? It's obvious when they are in 3rd grade.

All you can do is make them hate themselves. But, his tactics are baffling. Maybe he is George Patton -- then again, perhaps he is Gen.