As a kid, my mum always yelled at me and punished me way more than she ever did to my sister. Personally, I've always felt that because I'm the older one, they had more expectations for me. Even if both of us did something wrong, I was scolded more harshly. But I've never doubted that my mum loved us both equally.

Perhaps this is why I don't feel so poorly toward Mom's behaviour in this episode. You make a good point- there's definitely some tough love involved. Kinda like in Reply with Duksoon's dad. He's always screaming at his kids, but then you see little things here and there that tug at your heart to show he loves them more than anything I am a mother too, but sorry, I don't think what you're saying applies in this situation. The boy wasn't sick or needy, he was just normal.

Normal doesn't mean lacking. Actually the girl's abnormal strength was something that got her into trouble so, if anything, she needed guidance and reassurance of not being a freak etc. Is it the coincidence that the child shown favoritism is the male child, the son, who has a prestigious job and is the "pride" of the family?

Actually in the episode she said since BS was given all the strength so BK was always sick as a child. If you look even at BS relationship with BK she voluntarily cooks or carries food for him and worries over his health almost as much as the mom. Most likely he had a weak immune system as a child which created a habit for the mom to foster more attention and care on BK.

It's hard to break habits so it may not have been until BS called her on it that she finally noticed. I'm pretty sure that my TV would explode from all the pretty and cute if they were in a drama together. But I would also watch the hell outta said show.

How to properly hit a bong

I love how Min-hyuk stepped up in these two episodes to do whatever he could to protect Bong-soon in all ways. That apple juicing thing was so sweet and so natural for him to do, as was his understanding of her inner turmoil about losing her powers. That couch scene got me good, it was so heartbreaking when Min-hyuk said he didn't think she had him in her heart, but I was so glad that Bong-soon said otherwise, and that he didn't press her to say she loved him. The date scenes were so adorable! Love the chocolate scene - Royce chocolates are divine! I wonder if Park Hyung-shik ad-libbed the kiss?

The picnic was so sweet, how Bong-soon wanted to shield Min-hyuk from the sun, but he said he didn't want her to hurt her arm holding it up for too long.

And how she teased him when he cried reading a comic book. I was grinning so hard. As for how Bong-soon regained her powers I was a bit meh about it initially, but could see the reason for it and ultimately was okay with it. I really hope she gets to reading her grandmother's books after all this.

Surely there's something in there that will help with ensuring she doesn't lose her strength again. That apple scene was so good. I like how he just quietly did that, and didn't forced Bong-soon to talk about her feelings.

How to make a Water bottle Bong/ Smoke Sesh

He just knew that she would need more time to organize her thought and process everything that has happened. Yes, I respect Min-hyuk for not pressing her then. He understood she wasn't in the frame of mind to share, and waited until she was ready.

And when she was, all it took was a simple question for him and she answered him honestly. That's what I love most about MH's character. He never pushes BS, but always always waits for her to make up her own mind.

What Are Cannabinoid Hyperemesis Syndrome Signs and Symptoms?

I love when they give us these sobering and quite moments of him, it's so good at showing us a mature side of him I truly believe that this character found the rightful actor. Can't imagine anyone else in that role tbh. What a beautiful person Min-hyuk was for juicing her apple and not asking questions. I love the quieter moments between him and Bong-soon. Usually they're so chatty and snarky with each other. It was a nice change to see them interacting like that.

Just sipping some juice and respecting each other. That's true friendship. I'm not necessarily saying it works many times it doesn't by which I mean most times but it looks to me like they usually happen in the moments where it's almost imperative to almost take a collective breather from the crying in the corner that I know I, for one, was definitely doing. My goodness these two.

If i could could cover them in bubble wrap and butterflies and have them on a perpetual picnic in an idillic meadow somewhere, I would. They're so good for each other it's insane. These two actors are absolutely killing it. I actually starting cheering and fist-pumping the air when Bong Soon got her powers back. It was SO satisfying. I'm actually not that annoyed with the gangsters as much anymore. 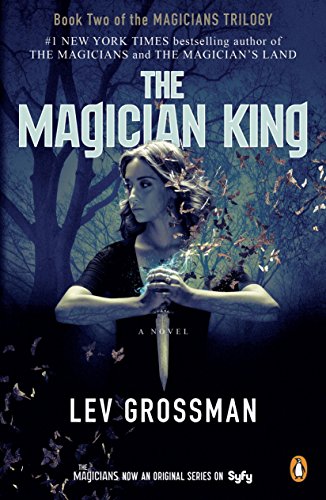 I understand the need to add some random comic relief especially given the manhwa-like feel that this drama is trying to achieve. I will say that it also helps with the appearance of Kwon Hyuk Soo as the monk.

He's really killing it in that role. What's up with the map on the monk's back? Despite my misgivings about the gangsters' appearance, I am quite amused by the monk. The way he speaks, and the secular way he lives his life I think it was a map of Korea that showed his birthplace.

I guess it was to show that he was not actually from India. I know, right? His insistence on using his coupons to go to the bathhouse killed me. And yep- it was a map of Korea. Anyone find it amusing it was first done in red pen and then black pen over it? Also there's the whole riff on tattoos. In korea, only gangsters have tattoos- and the stereotype is that you see them only at bathhouses So I think this scene was a twist on that I do, too, but I think the gangsters and the kiddie-gangsters will play a role in the final episode.

They had to keep them fresh throughout in order for their involvement at the end to not be random. Just a thought. I hope so. But i doubt it. Now that she has her powers back, she can really take over the world if she wants it! What i mean is: there would be a need of a very smart development of the plot for that to happen. A situation in which she needs sidekicks, but she only has one enemy Oh wow I never thought of that! If the writers could pull that one off it would be genius. I agree with you, that redevelopment is related to Min Hyuk's dad company, isn't it?